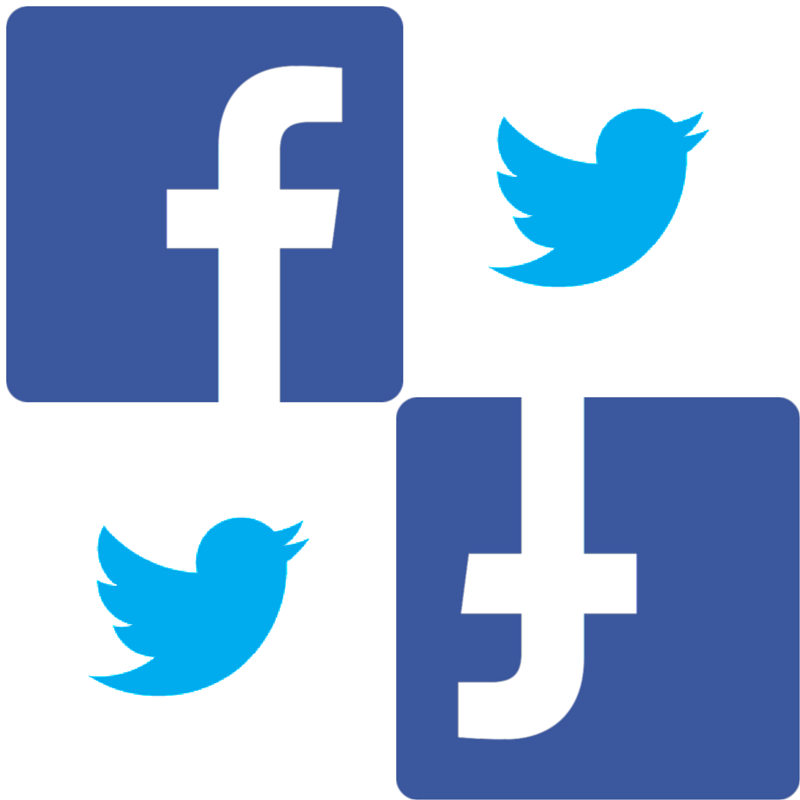 I used to give a lot of my time to Social Media (facebook in particular). More than I’d like to admit, really.   I gave it my time, my attention and oddly, some of my heart.

I’ve really loved being able to check in with people throughout the day. Some are people I see regularly, and others are people I wouldn’t be able to stay in touch with as often without it. I’ve heard people denounce social media proclaiming its evils and how we need to have authentic, face-to-face encounters. I do have authentic face-to-face relationships, but I also enjoy the connections I’ve built through social media.  Some of those connections, I’ve built into “in-person” friendships. This has been the case, in varying forms, since I joined Facebook almost 8 years ago.

Recently, I’ve realized that more and more of the personal stuff I’ve always looked forward to reading has disappeared.  Now, I log in to see endless quiz results such as “What Kind of Tree Are You” (I guess Barbara Walters was really on to something), or “What Disney Character Are You?”. Of course, there are also plenty of posts allowing me to easily click a link to read political, religious or entertainment content.   Don’t let me leave out the animated (and creepy) ads for how to shrink my belly fat (are these targeted ads?) among others.

As a fledgling blogger, I like the ease of being able to push content this way, and of course I always hope that what I say resonates with people in a way that they would want to “share”. I just wish the individual pages were a little more balanced with the personal touch that in my experience, is almost gone.

The kicker for me, came a couple of months ago when I came down with the flu.  This was no stomach bug, or respiratory ailment that I always called the flu. This was influenza of the rotten kind. The kind that gave me the “ah ha!” to finally understand why every year, caution and warning aimed towards babies & the elderly went out.  It sent me to the Urgent Care three times.  I had a fever for five days, I didn’t eat for a week and barely kept down any fluids. (bummer those 7 pounds came right back- pthhh) My limbs were weak and my arms shook so much that if I needed to text someone, I could only voice text. (which is “fun” when you can’t fix what autocorrect screws up!) I was exhausted, couldn’t sleep and I had a constant headache.

All of that to say: a) Next year I’m getting the flu shot and b) I dropped off the face of the internet and it didn’t seem to matter.

Now please hear the intent of what I’m saying.  This isn’t a victimized pity party. (ok, I did cycle through that for a couple of days, but thank God that’s all it was.)  What I realized is the relationships I called meaningful, were less so than I believed.  I was off social media for a complete week, before popping onto facebook just to offer a free week in Tahoe we couldn’t use. Other than that, I was off for 2 ½ weeks before I heard from anyone.  I received a message from a long time friend with whom I have only occasional facebook interactions. I was pretty touched that she even noticed.  After a month, I heard from a friend that I had almost daily interactions with. Five to six weeks later, a (literal) handful of others reached out.  The part that got me thinking though, was that none of them were the people I thought of as friends, who I interacted with on a daily basis.  Interacted - where I commented, they commented, we conversed, etc.  I was really surprised.

As I thought about it more, I wondered why I should be surprised.  Facebook, in particular, is “all about <the collective>  me”: What I’m doing, what I’m looking at, where I’m going, what I have, what I rant about, etc. There are a lot of people who really are interested in engaging in those things reciprocally, like friends would.  Through my experience though, it seems they are the minority.

I’m a good friend, a loyal friend, and I’ve realized over the years, I expect the same. Because of that, I’ve been burned, and I’m sure a lot of it is my own doing by expecting or hoping for the same (too much) from others.  But there have also been those people who seemed to want that kind of a friendship when the reality is they want it as long as I was doing the work. If I called, texted or reached out and if I set up the coffee, lunch or hike, then all was good!  If I never instigated or even followed up on the occasional “hey, we should get together” comment with “sure!” , throwing out specific dates and times, nothing would happen.  When I stopped being the one solely pursuing these people, the superfluous relationships (that mostly drained me) stopped. After a brief moment of licking my wounds, I realized I felt more freedom. This was in part due to letting go of the frustration and frenzy I felt by doing the relational heavy lifting so to speak, but it was also in the knowledge I gained of how I was putting my unrealistic expectations onto other people.   I expected them to be a friend they weren’t able to be, at least not with me.

I’m trying to find the balance of using social media day to day. I’ll probably rely heavier on my blogging account and Twitter, and use my personal account for lightly browsing here & there. After all, there are still the people (like my long time friend who first messaged me or the across-the-street neighbor who moved 2000+ miles away), that I love being able to keep in touch with more regularly and the personal account easily affords that to me. (And let’s face it, the computer has ruined our penmanship!)

Seriously though, social media does help us to keep in touch, including my family and friends with whom I do see regularly. I’m just learning how to sort through the rest who mutually feel the same.

This just pulls on all the heartstrings!!! I have definitely missed your presence in FB! Yet I completely agree with everything you have written. What it reminds me of so perfectly is something my grandmother used to say when I was young: "if you want mail you gotta send mail!" which she did until she could no longer. I remember a moment when I was older and I realized that I was afraid to NOT send mail. Because if I stopped then I was pretty sure the other person would too! Only I don't want to find out. So when the communication does eventually wane, it's so sad to discover I was right and that all the effort was on my part. To look back I realized that there was nothing ever prompted from the other end, only reciprocated. *sigh*

On the flip side, I've learned (in some cases too late) that some of my persistence was unwanted. So after being burned a few times, it leaves me in a precarious position of not knowing which is right? To you be that consistent person that can be counted on through thick and thin? Or be the one that is willing to give space at the risk of the other person thinking you are suffocating them. Unfortunately, I err on the side of letting them go and hope they come back.

Anyways, you were most definitely missed! =)

Thanks for your comment, and I'm right there with you on so many points!
I still sent snail mail for that exact reason. In fact, yesterday I was making a list of things I was thankful for and mail was on it! :)

As far as friendships, I think there should be a natural balance. Sometimes people are in a spot where I need to be the one who is pursuing more, but there are times, with that same friend, when the opposite is true. Overall, I don't believe true friendship is permanently tipped one way or another. When there are have been people where I feel like that's happening, I slowly start to let my persistence wane. There have been some that call and say "hey! we need to see each other." and there are others who just fade away. There are also times when it's clear that my purpose in a relationship (usually for a time) is to minister to them.

I think the biggest change for me was realizing how I was putting my expectations on what a friendship is on that other person (when they had no clue!) and then getting hurt over it.