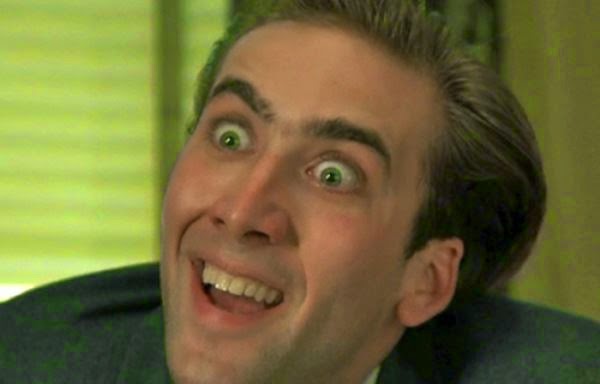 Light showers or sunny skies, who knows what Mother Nature may bring. Regardless, I know what I will bring and that's lots and lots of pranks to my family.

I have loved pranks since I was young.  I remember  going up to my mom, with my mouth full of air, and having her squeeze my checks. Sometimes I would put a small drop of water in the corner of my mouth to try and trick her into thinking it was full of water. No dice. She would still squeeze the air. One day, I filled my mouth full of water, wiped it dry and went to my mom as usual.  She squeezed! The joy! The exhilaration! It was a feeling I loved, and thankfully, she responded positively. Later, I would join friends prank calling after school. We would randomly pick people out of the phone book and ask the old standby, "is your refrigerator running?" among other silly things. We thought we sounded so official and mature, but obviously we were deluded by the mischievous fun we were having. It didn't matter. It also didn't matter what they did when they answered. While some people played along, and others got mad, we would hang up unable to stifle our laughter. I'm (only) a little embarrassed to say the prank calls continued into high school. I laughed even harder then.

I categorize an acceptable prank as anything I could do to someone, that I wouldn't mind if it were done to me. I'm not down for anything mean that causes damage, physical pain or a mess that costs more than a broom or 10 minutes will get you.

I started celebrating April Fool's Day with my family in 2004. I would do little jokes here and there, but the kids were young (2-10) and it was mostly just a fun surprise for dinner. As the years went on, I started doing other fun things here and there, including in their lunches.

It's been 11 years and I'm starting to have to repeat old tricks. The kids are older now and the surprise has turned to seeing what they might be. My high school son has friends who have seen his lunches since middle school, and they gather near him to see what silliness this year's lunch will contain.

I had a list of shenanigans and tomfoolery I was planning and started executing them the night before. There are always some I have to cut, but after all, April 1 will come again next year. I made a to-do list dividing everything according to deadlines, and then got to work.

The night before:
I covered each of their bedroom doors with caution tape.

I stuffed newspaper into the toes of their shoes.

Last summer, I procured a collection of signs from a clearance table at a hardware store. I posted one on the back door and one on the bathroom.

Next, I got to work on lunch.

Once everyone left for the day, I started on the rest of the list.

I put electric tape over the remote and my son's computer mouse.  He checked it before he even used it, and he told me later, he hid the power cord in case I planned to mess with the computer. Later in the day, it took a couple of minutes for my oldest son to remember what was going on with the remote.

Next I copied a trick Jim often played on Dwight from the TV show "The Office". My youngest is a fan and so the night before I made the first layer in a bowl of Jell-o. In the morning, I was able to put my son's pocket knife in the center and pour the second layer of Jell-o over it.

For dinner this year, my youngest requested the meatloaf & mashed potato cake I've made a couple of times. It's now become the dinner tradition. Along with that I planned to serve mini-watermelons, crescent roll carrots and some (regular) cranberry sauce.

For dessert I made little mint seedlings. A Martha Stewart version of the worm in a dirt cup. (my non-Martha version included instant pudding vs. her make from scratch. um...no) 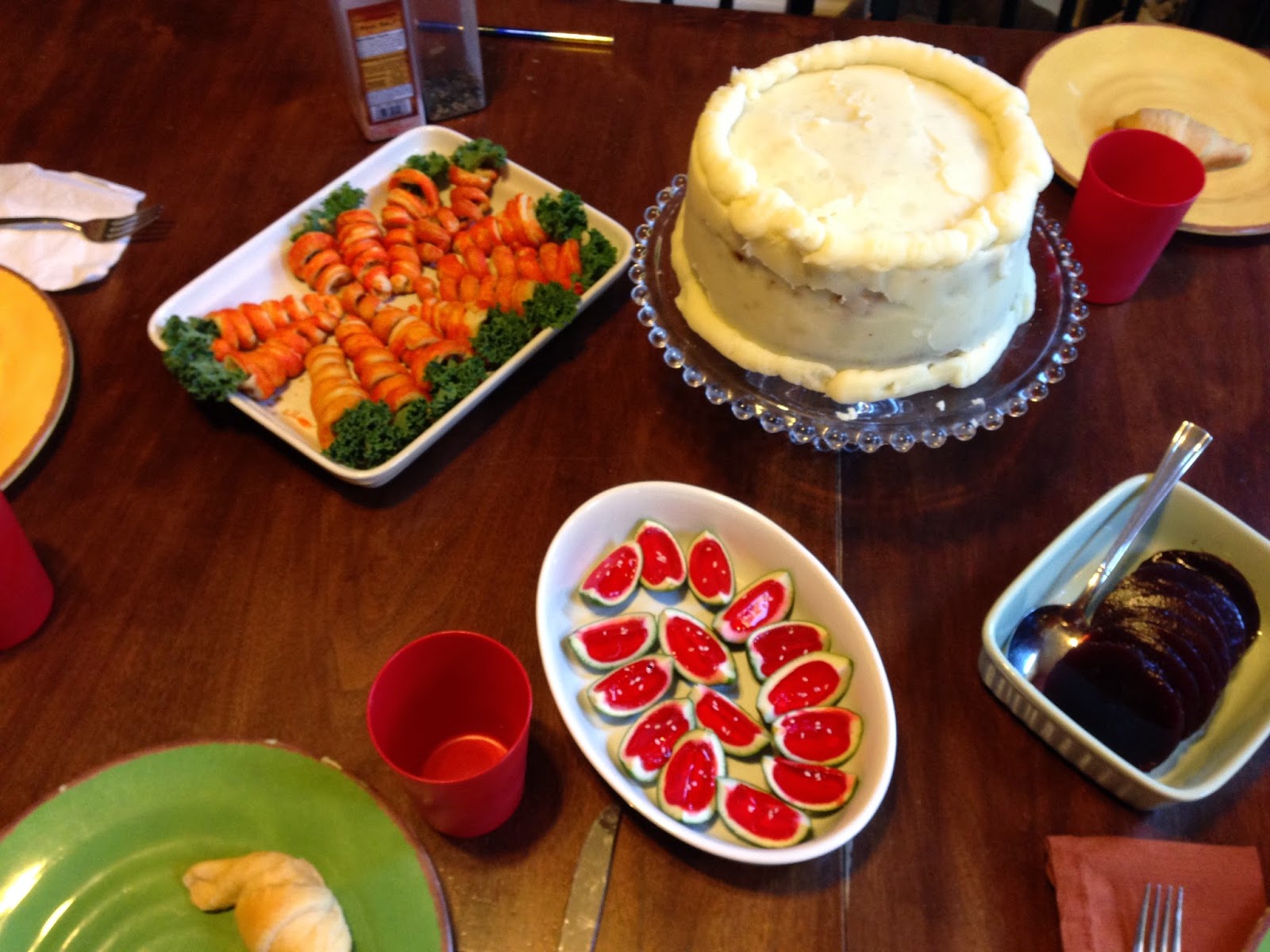 All of my kids think the Nicolas Cage memes are funny. I had a bunch of photos printed at Costco and then put them around their rooms.

Later, I knew my daughter was attending a hockey game, so I went to her house to "decorate" her room. It included a lot of googly eyes, a rubber snake, a plastic spider and quite a few Nicolas Cage photos. The best part for me was that she left her laptop open.  I changed her facebook profile and cover photos...she still hasn't noticed.

It was a very fun day. What made me even happier was hearing about the pranks my kids pulled.

My adult daughter and her co-worker friend had the closing shift did a few before leaving.

My middle schooler put those "exploding" party snaps under the toilet seat at home.

My high schooler had a few up his sleeve.

We all had a fun day.  I can already start my to-do list for next year with the things I had to scratch.

Click here for all of the photos with links to the recipes & instructions.

How about you?  Did you have any fun?