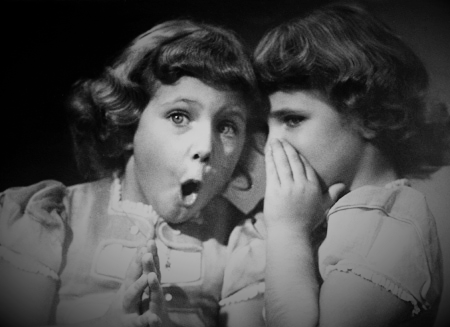 Have you heard the song by Mary Lambert called "Secrets"?
(FYI - she does say "sh!+" in the second line)


As she lists her “secrets” she moves into the chorus and sings:

"They tell us from the time we're young
To hide the things that we don't like about ourselves
Inside ourselves
I know I'm not the only one who spent so long attempting to be someone else
Well I'm over it...
I don't care if the world knows what my secrets are (secrets are)
So-o-o-o-o what"

I love it! I think it's fabulous. Whether or not her secrets apply to you, the overall message, to not let those secrets define you (or the fear from them getting out) should be freeing to us all.

Shame & blame. Conform. If, as friends we don’t accept others for their quirkiness or differences, we are saying the same thing. More than that though, are the things we feel (or are told) we need to hide to "save the family name" or to not bring "disgrace" on yourself or others.

First of all, there's nothing I can do, that would disgrace me from the love of Jesus. I could certainly make him sad from my choices, but he won't cast me aside from embarrassment. He is the ultimate in love that no one can measure up to.

We have to remember that people's actions are their own and things out of people's control should be met with sympathy and a desire to help, not to ostracize them.

On the way home from a fun trip to the mountains to saw down our Christmas tree, (why do people say “chop”? No one chops their tree from tree farms) we saw a woman driving a VW bug: a bug decorated with 60’s style, bright flower vinyl stickers...all over.  It had dangly balls at the roofline inside the car, and she had lashes on the headlights.  These were not “I drive for Lyft” lashes, but more like vinyl stickers.

My first reaction was an audible (shaming & judging), “Wow! That’s some decoration!” and most of the people in the car agreed with me. Then I paused and thought (and then said) “Good for her. She is enjoying her car. That’s cool.”  While it may not be for me, it made me smile to think she was enjoying it how she wanted to enjoy it.  Either that or she was driving her daughter/mom/friend/brother’s car, but still willing to use it for her needs!

There are definitely things, secrets, that have held me back over the years. I’ve had some successes, particularly in the past 5 years, in letting go of them and trying not to let those things/feelings be the boss of me. Instead, when I choose to start revealing things, or telling someone, “me too!”, I am being the boss of my secrets and they start to lose their power. There are things in my family that I wouldn't tell just for the sake of telling because others continue to live in fear or shame over them. However, when those things overlap into my life experience and into who I am, I refuse to carry their shame anymore. Do I bring up painful experiences just for the heck of it? No. But I won't let their shame blame me for who I am anymore.

Of course for every 2-3 steps forward, there is a step back, into the comfortable (though unhealthy) shame, embarrassment and general low self-esteem, where hiding the secrets lies. As I continue to make more progress climbing up out of it though, I start to see more light and how things are better up with those who are living in freedom.

Jesus tells me I am enough...the way I am. That shouldn't preclude me from continuing to emulate him more, but it doesn't mean I need to wallow as a victim over things out of my control.

Are there secrets you’re holding on to? Tell them you're the boss and don't let them control you anymore.

Needing the Sound of Silence 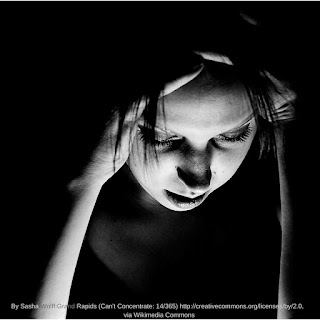 Hello migraine, my old “friend” I’ve come to battle you again Because my vision’s slowly decreasing You did your deed while I was sleeping And the stabbing that you planted in my brain Still remains I need the sound of silence In restless states I start to moan Plans of the day are all now blown ‘Neath the covers without a lamp Pulled blankie up away from the damp When my eyes were stabbed by the flash of a neon light I felt the bite I need the sound of silence And in the dim, low light I saw An hour pass by, maybe more People talking, why are they speaking People should be just whispering People singing songs they just should not share At least not here Disturbed the sound of silence “Ahhhh” said I, you do not know Your noise totally blows Read my lips that I might teach you Feel my fist that I might reach you But my fist didn’t help the noise to quell I begged Just give me some silence And the people’s voices raised In my brain I was crazed And
Read more