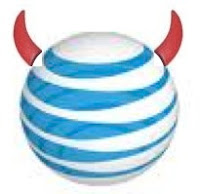 Are we having fun yet?

Laments:
1. AT&T...phone, internet, wireless. I hate them. We dumped DSL, downgraded the home phone as cheap as we could, and I have 1 year left on my wireless. We've been paying for the top tier of DSL. It was never stellar, but I hate calling on that stuff. Finally it was SO bad that I called. Guy #1 came out to "fix" it. (mind you I had to commit to a 12 hour window. 12! 8am-8pm) He said nothing was wrong, and for the rest of that afternoon, it was faster. (plus he came before 5pm!) Then it slowed again. I called again, and a week later (same 12 hour window) another tech came. He did a bunch more, found some problems, blah, blah, blah...and "fixed" it. That was Saturday. DSL worked about a day and then slowed to a crawl - PLUS our phone was out. I won't go into the phone calls and the people I talked to who blatantly lied to me, but another tech came out today. He replaced a jack and now all is well. Seems as though the last DSL tech who was here (and "fixed things on the line") may have actually fried the jack. grrrr
2. June bugs
3. Amongst other things, Target has raised the price of my beloved Chewy SweetTarts by .25!
4. The antique stove we have on CraigsList just isn't selling :/
5. My driveway - it's gravel and lame
Gratitudes:
1. our home phone now works!
2. The janky stove we bought refurbished 2 yrs. ago did sell! When we put the house up for sale, I wanted to take our O'Keefe & Merritt stove. We bought another gas stove to replace it. When we decided not to sell, and rain came, we brought the vintage stove inside (but it wasn't hooked up). Now all is well with the vintage stove and so I sold the other one.
3. I also sold Son1's DSi. No dickering, no drama, no flake. So nice!
4. Had a fun date with hubby. We went shopping (blech) but it was fun together and he got some desperately needed new clothes.
5. MILDEW was here and therefore, laundry is folded.