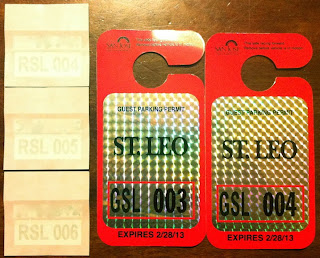 We live in a permit parking area. Our neighborhood is adjacent to a sports/event arena, so to keep all those Disney on Ice and Lady Gaga patrons from parking in our neighborhood, we are issued stickers and visitor tags. (want to see a Sharks game and park for $10?)

Every other year, we need to apply for permit renewals. You need your application, copies of car registrations, i.d. and proof of residency (utility bill or even your registration) Stickers and hanging guest tags are in sequential order and are given out first come, first serve. Because ours were a part of what the city did to placate the homeowners so they could build their precious "shark tank".

Each year, I mail our application in and wonder what numbers we'll get. I've been in the hundreds before. Last year I slacked on making copies and as a result we were in the 200's. I received the renewal on Saturday. (as a frustrating aside, I was JUST there on FRIDAY getting a new sticker for another car.) Anyhow, I slacked over the weekend but they wouldn't process anything until Feb. 1 anyhow. I gathered everything together to drop at the P.O. this morning.

NO! I decided I would go down in PERSON! I went to City Hall after volunteering in my son's class. (and applying copious amounts of hand sanitizer followed with vigorous hand washing - those cute little people are germ factories!)
My paperwork was checked, and all was in order.
My permits were issued.

I left with a happy feeling both at scoring such low numbered permits (in a game against myself), but also enjoying my nerd-dom at said game. I couldn't get the cheesy grin off my face, it was like I had won the lottery or something. Well, maybe a $5 scratcher, but you get the point. 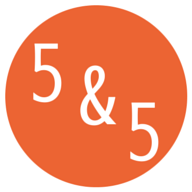